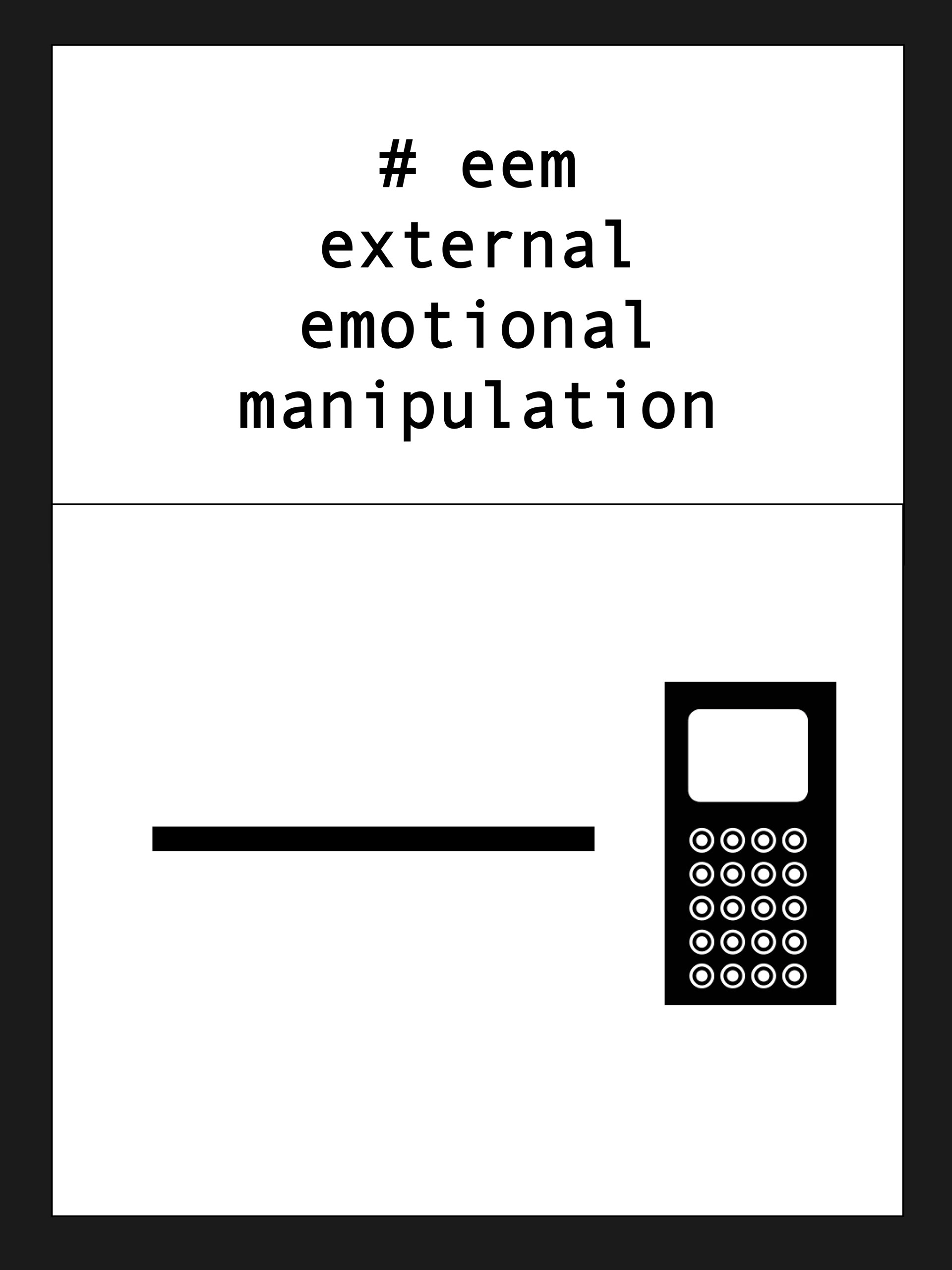 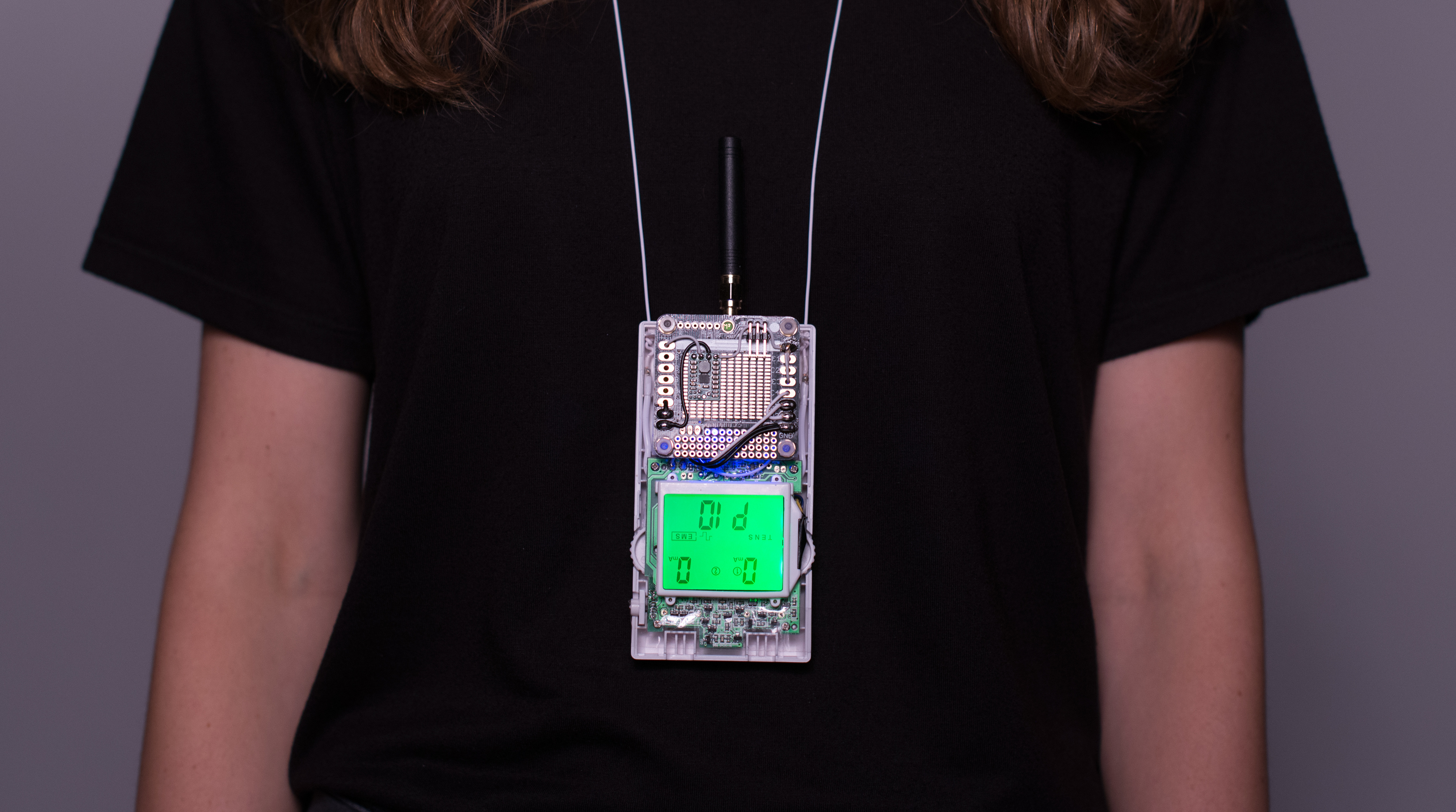 Certain facial muscles are directly connected to the brain and the emotional part. To gain conscious control over the production of happiness hormones is almost impossible.
eem (external emotional manipulation) is a concept for a scenario, an experiment that questions the relationship between man and machine. Through a call by the mobile phone the dopamine increases in the brain.
For dogs, there is already a collar that triggers electric shocks if they do not obey. In a few years, there may be implanted microchips that allow the control of feelings.
Can emotions be generated by algorithms in the near future? What intelligent systems will be used to generate emotions? How much control can machines have over our emotions? What interpersonal speculative scenarios will there be in the near future? A total control of the emotions by influencing the dopamine production by means of emotion tracking?
This is not a functional design of the receiver system. It is a speculative prospect, an argument with what might be possible.
Is this the future? 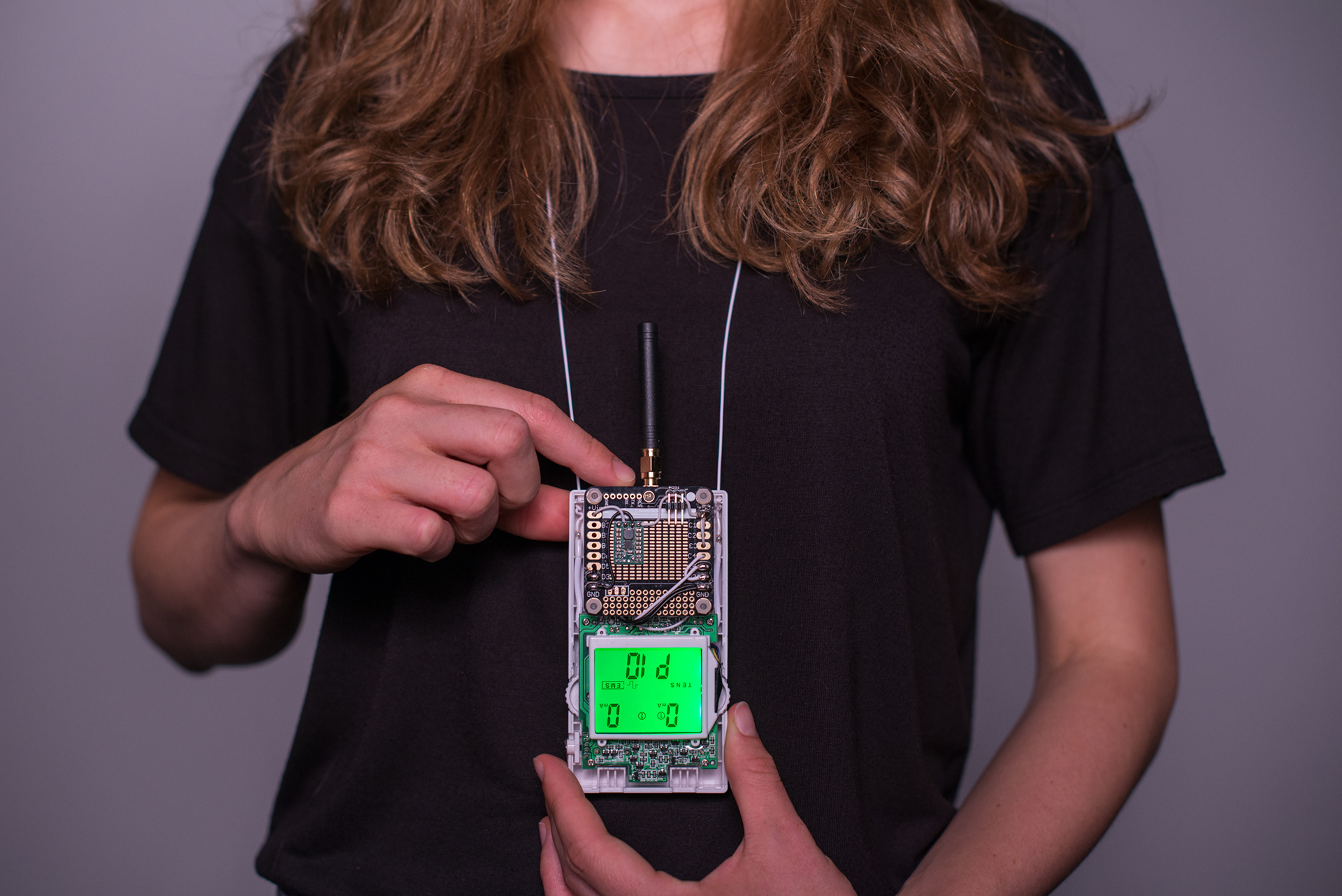